Christmas - that's not just mulled wine at the Christmas market, happy children's eyes at the presents and lots of good food with the family. But also: fairy lights. Whether on the Christmas tree, flashing colorfully on the balcony or in the shape of reindeer in the front garden. But how does that fit in with the current energy crisis? Johannes Heise from the Institute for Electrical Power and Energy Technology (ieet) at the Technical University of Hamburg gives three tips for energy-saving Christmas lighting.

LED instead of incandescent bulb

When choosing a chain of lights, always go for LEDs. They are more durable than light chains with light bulbs. On average, they can be used for 20,000 hours, so there is no need to buy a new one every year. At the same time, they are more energy-efficient to use: a string of lights with LEDs consumes about 5 watts, while a string of lights with incandescent bulbs consumes 30 watts. This can be clearly reflected in the cost of electricity, with LEDs can save up to 80 percent. This can be calculated using the following formula:

Week x days x hours x wattage = watt-hours and then multiply that by the current price of electricity. When using fairy lights, you should generally only switch them on when someone sees them. With a timer, for example, they can be switched off automatically at certain times.

Socket instead of battery

In principle, the socket is always preferable to the battery, because charging and discharging the battery involves charging losses. In addition, the battery must be additionally produced: Batteries need up to 500 times more energy in the process than they provide later during use. In addition, the energy from the socket is significantly cheaper: for a kilowatt hour from the socket, consumers currently pay about 30 cents, with AA batteries the price is 77 euros. In addition, batteries must be disposed of properly after use and must not be disposed of in household waste, but in collection boxes that are available in retail stores.

Candles are not an alternative

The idea of using candles instead of fairy lights seems very energy-saving at first: candles do not consume any electricity. However, a burning candle in a room has the same oxygen demand as another person. This results in an increased need for fresh air, which in turn leads to frequent ventilation, which in turn leads to an increased need for heating. There is nothing to be said against candles on the Advent wreath, but candles should be avoided as far as possible as a substitute for fairy lights. 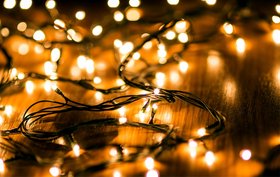 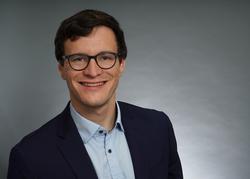