Stefan Schulte is a new professor at TU Hamburg

"In the topic of mobility, but also in production, it is in many cases a matter of processing large amounts of data." This is how Professor Stefan Schulte describes the core of his work in one sentence. In doing so, he looks for solutions for intelligent traffic control, for example: how the traffic infrastructure can be expanded and how individual transport can be transformed into a combination of different modes of transport. The computer scientist is helped by Big Data technologies to better control traffic flows and optimize transport capacities. This leads to less congestion and a lower volume of traffic. "For me, it's highly exciting to break down the boundaries between different systems and make them work efficiently," he says.

In addition to Big Data, blockchain and Internet-of-Things technologies can be used in manufacturing not only to improve production processes, but also to track and recycle products throughout their lifecycle. "These are important factors for establishing a true circular economy," says the TU professor about the goal of his research Blockchains are primarily known as the technical infrastructure for cryptocurrencies such as Bitcoin, but they also offer a whole range of other exciting functions. In particular, blockchains such as Ethereum can be used to run decentralized applications that can be used for almost any purpose, for example, to monitor production processes and thus make them traceable. Schulte adds, "It is true that blockchains are criticized for their very high energy consumption, which is indeed a major weakness of these technologies. This makes it all the more important to use basic research to ensure that technologies leave only a small ecological footprint."

From the Danube to the Elbe

As a native of northern Germany, Stefan Schulte was drawn back to his old home after ten years in Vienna. At Hamburg University of Technology, the computer scientist will devote himself to the task of setting up the new Institute of Data Engineering and, together with his team, playing a key role in shaping both research in the field of Big Data and the corresponding teaching - especially in the bachelor's and master's degree programs in Data Science. And finally, the scientist wants to work on arranging stays abroad for students, preferably in Australia, where the Meppen native himself spent part of his studies before earning his doctorate at the TU Darmstadt and then moving to the TU Vienna. 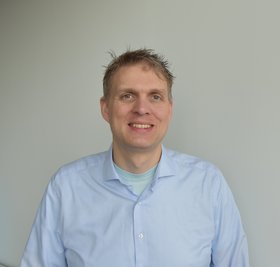