Benedikt Kriegesmann has always liked researching and developing new things. At the latest during his time as a junior professor at the Technical University of Hamburg, he realized: "Being a professor is really fun." So without further ado, the scientist stayed put and, as a new TU professor, is committed to making aircraft lighter. He is also motivated by the idea of sustainability: "The more weight and material we save in aircraft structures, the less fuel an aircraft needs to get around and the fewer CO2 emissions are released." It's a goal Kriegesmann has already worked to solve as a development engineer at Airbus.

To make a component, such as the fuselage of an aircraft, as light as possible, 3D printing or carbon fiber-reinforced plastics are often used. Structures made in this way can be precisely tailored to their respective loads, but they can also be very sensitive to material variations or manufacturing defects. To counteract this, the TU engineer combines probability calculations with computer-based simulation and optimization methods. In this way, Kriegesmann determines optimally designed components that are not only lightweight but also robust. In addition to the fundamental development of new methods, the scientist also wants to integrate current topics such as flying with hydrogen and machine learning into his research. He is mainly interested in the aviation industry, which he wants to support in the implementation of new design and calculation methods.

At TU Hamburg, Kriegesmann plans to combine his six years of research work with the new Institute for Structural Mechanics in Lightweight Construction as part of his junior professorship. He previously studied civil engineering at Leibniz University in Hanover, where he also earned his doctorate. The Münster native finds his balance to research primarily in music - as far as his three children will let him. 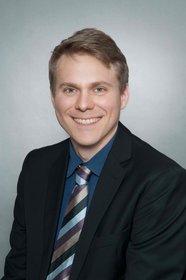