Researchers at TU Hamburg test green fuels for their practicality

Global shipping is to emit fewer climate-damaging emissions. This was announced by the USA and Norway at the World Climate Conference in Sharm el-Sheikh. The participating countries hope that alternative fuels such as green methanol will provide the solution. The aim is to use it to meet the ambitious climate targets for shipping. A working group at the Technical University of Hamburg is researching its practicality in detail.

Tanker, container ship or cruise liner
Up to now, commercial shipping has been using fossil and mostly polluting heavy fuel oil. TU expert Thilo Jürgens-Tatje is working in the marine engineering group on the subject of alternative marine fuels. He wants to help move away from diesel or fossil gas and toward climate-neutral propulsion fuels that are suitable for practical use on board. "Electrification as in cars is often not possible for large ships; corresponding batteries would be too large and too heavy. That's why you need hydrogen as a feedstock, generated from renewable electricity from wind and sun," the scientist explains.

Methanol as an energy carrier
But the use of hydrogen as a marine fuel has a number of disadvantages. For example, extreme pressures or temperatures close to absolute zero of minus 273 degrees are required for storage. Therefore, a conversion step to a mobile synthetic fuel is still necessary. This process is called power-to-X. Such methanol has already been used on a small scale for some time as a marine fuel, for example on tankers or ferries. It is a liquid alcohol that can be easily transported.

Hydrogen production near the equator
In order to run the whole process economically, people now rely on hydrogen that is produced near the equator with the help of solar energy and brought to us by ship," explains the shipbuilder. "Electricity is simply too precious here in the long term. Nevertheless, we need pilot plants in Europe to establish methanol as an energy source." If successfully implemented across the board, it would be a major step toward climate neutrality.

You can read about how Hamburg wants to become a pioneer in alternative ship propulsion here: https://intranet.tuhh.de/presse/pressemitteilung_einzeln.php 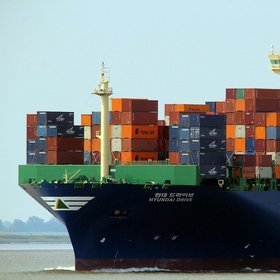 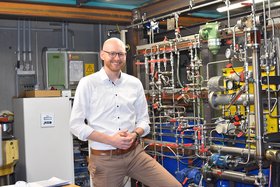