Professor Moustafa Abdel-Maksoud of the Hamburg University of Technology in Germany provides details of this ONR Global funded project, which aims to understand the influence of coherent flow vortices on ship maneuvering.

Optimizing surface ship performance has been a goal of navies for millennia. Improving performance makes ships more efficient to run, less costly to operate, and most importantly, safer. When a ship is moving through the water, vortices are created which interact with the boundary layer, the propulsion system, with other vortices, and hence influence the entire ship performance. Thanks to research funded by the Office of Naval Research Global (ONR Global), a group of scientists at the Hamburg University of Technology (TUHH) are tackling this problem. The group, led by Professor Moustafa Abdel-Maksoud, is analyzing vortices generated behind fixed and moving blunt bodies. The aim is to understand how these vortices affect ship maneuverability and to potentially decrease noise and vibrations.

ONR Global’s small investment at TUHH not only led to critical insights into vortex structures and their effects on surface ships, the resultant data were also used to support a follow-on proposal to the German Federal Ministry for Economic Affairs and Energy. This successful proposal resulted in a €1.5 million award to TUHH for the purchase of a high speed Particle Image Velocimeter (PIV) system for more precise measurements.

“We knew we had access to the brightest minds in the world”, stated Dr. Elena McCarthy, Science Director for ONR Global London. “Now we also have access to the best technology as well, thanks to this early initial investment.” Project co-sponsor from the Office of Naval Research, Dr. Woei-Min Lin, added, “Dr. Abdel-Maksoud’s laboratory measurements are very cost effective and his expertise is unique in the field of fluid dynamics. Moreover, Dr. Abdel-Maksoud is part of The North Atlantic Treaty Organization (NATO) Applied Vehicle Technology Group, so his work will have an effect beyond ONR and Germany, and will be shared among all NATO allies.”

What is the objective of the analysis of vortices behind fixed and moving blunt bodies?

Dominant coherent vortices occur in many flows of engineering interest as shown below. Some examples are a trailing wing-tip vortex behind an aircraft, a cavitating tip vortex behind a submerged propeller, a stabilizer fin which would generate a tip vortex in the case of dynamic lift, and complex vortex systems around maneuvering ships. An important property of coherent vortices is their high longevity—they persist downstream in the flow for a long distance without a significant reduction in strength. In some cases this leads to vortex cavitation which is a source of noise and vibration and ultimately influences the whole ship performance.

The objective of the analysis is to understand the fundamental mechanisms of vortex flows behind blunt bodies—the development, evolution and interaction of coherent vortices. Two different geometries were studied in our wind tunnel: first a truncated cylinder, which represents the theoretical aspects of the research, and secondly the benchmark KVLCC2 hull shape, which represents the applied aspects of the research.

For both cases, qualitative and quantitative investigations were conducted to analyze the wake field. Smoke tests in a wind tunnel provided a visual basis of the vortical structures, a high speed PIV extracted the velocity field, and the application of Proper Orthogonal Decomposition (POD) allowed for determining the structure and energy content of the fluctuating flow.

Both the static and the oscillating truncated cylinder cases were studied. It is known that the sway motion in the crossflow influences the vortex pattern behind the cylinder and the characteristics of the Karman vortex sheets. For certain combinations of sway amplitude and frequency, different synchronization patterns were observed.

The leeward vortex FSV was first investigated. A comparison of the wakes of the cylinder and the ship show that vortices are separated periodically from both sides (cylinder). In comparison, with the ship model the fore-body side vortex rolls up along the model and trails downstream. The vortex interaction in both cases is distinct as well.

What are the main challenges and opportunities from a technical perspective?

There are several challenges. First, it is difficult to conduct experimental tracking of coherent vortices. Such vortices are usually small compared to the body that generates them; moreover, the location of the vortices is unsteady and, even more problematic, stochastic. Capturing the flow fields in this case is a challenging task.

Second, there is no well-established procedure to evaluate the experimental results for the unsteady flows. The unsteady nature of the wake behind blunt bodies needs to be considered properly to extract information on distinct structures. Unfortunately, these structures may not be visible within instantaneous flow fields or may be smeared out if the results are time averaged. The POD is one of the approaches used to understand an unsteady turbulent flow and recognize motion patterns. In some cases, where the stochastic fluctuations of the flow quantities are too high, even the POD cannot provide satisfactory insight into the structure of the flow; therefore, advanced algorithms are required. A case in point is of trailing vortices analyzed in the wind tunnel for which wandering, the slow side-to-side movement of the vortex, is a well-known phenomenon. Without proper correction of the data, the high flow gradients in the vortex core are smeared. With our new PIV capability it is possible to follow the vortex core in each time step and address this wandering motion.

What is the future of this research?

First, vortical wake fields may lead to so-called vortex-induced vibrations (VIV) that often result in fatigue issues or noise. An example is the flow behind trailing edges of (lifting) wings like struts, fins, propeller blades or rudders. Propeller singing is a well-known phenomenon that leads to the emission of a distinct frequency and hence a significant noise signature from marine vehicles. Insight into the mechanisms that drive the vortex interaction in the highly unsteady wake may enable the reduction of VIV fatigue or noise.

With the POD method, which has been successfully applied to static and oscillating cylinder flow, we can build reduced order models (ROM) to characterize the place behind some particular parts of the ships to provide insight into their noise emissions. The changes in the fluctuation modes, depending on the inflow velocity (static case) and frequency/amplitude ratio, have already been successfully tracked for a cylinder and can similarly be conducted for other bodies of interest.

The development of these measurement techniques can also improve the quality of the EFD data and improve the capabilities of hydrodynamic analyses. For example, better benchmarking data can be provided to the Computational Fluid Dynamic (CFD) code developers for rigorous validation and improvement of existing mathematical models.

ONR Global sponsors scientific efforts outside of the U.S., working with scientists and partners worldwide to discover and advance naval capabilities. 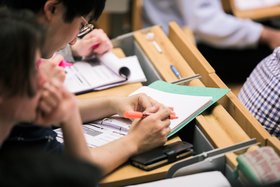 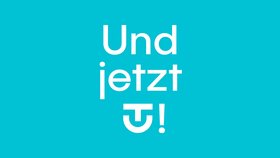 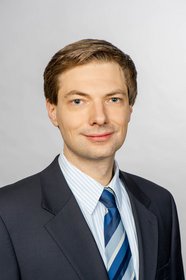